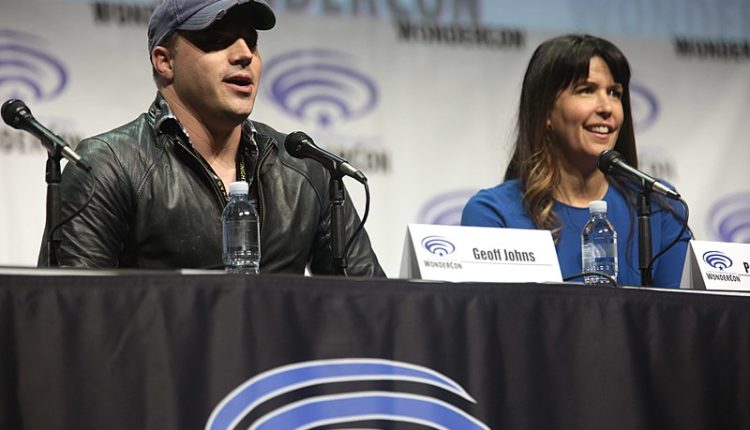 Stargirl, the superhero series executive-produced by Geoff Johns, was introduced to fans across the country in the spring of 2020. In a year filled with so many disappointments, Stargirl was embraced as a fun dose of superhero excitement that everyone needed. The show aired weekly, from its premiere in May through its finale in August, on both DC Universe and The CW.

Following the exciting Season 1 finale of Stargirl, fans have been anxiously waiting to learn more details about the next season. While there are still many unanswered questions, here are a few important things to know as you wait for new episodes.

What Is the Show About?

Stargirl features Brec Bassinger as Courtney Whitmore, the show’s lead superhero. Courtney is a teenager from Nebraska who finds Starman’s superhero suit and Cosmic Staff in her house and discovers that her stepdad Pat was once Starman’s sidekick. Donning the suit and staff, Courtney transforms into Stargirl, assembles a new generation of superheroes, rebuilds the Justice Society of America and fights the bad guys.

If you missed Season 1, don’t despair. You can catch up by watching all 13 episodes on The CW’s website or app. Some fans are even re-watching Season 1 as they eagerly wait for the next season to begin.

How Did Season 1 End?

All in all, Stargirl‘s finale completed the storylines of many of the main characters while leaving fans with much to look forward to next season. Viewers cheered as Stargirl and the other superheroes successfully thwarted the Injustice Society of America’s evil brainwashing schemes. But they also learned that a few new villains would appear next season. One of the most exciting reveals was that Starman, who was previously presumed dead, is still alive and will likely be coming back to finish what he started.

What Is Known About Season 2?

Season 2 is currently in production, and its premiere date has not yet been released. However, there have been rumors that the premiere could happen as soon as spring or mid-summer, but fans are still awaiting formal confirmation. Unlike the first season, all future episodes of Stargirl will air exclusively on The CW.

The new season promises to continue the battle between good and evil. New villains such as Eclipso and The Shade will face off against the returning band of superheroes. Also, fans are hoping that Starman and Stargirl become a formidable new duo in their fight for justice.

Will There Be a Season 3?

Season 2 has not yet started airing, but as a testament to the show’s popularity, viewers are already asking about the likelihood of a third season. While the producers have not formally confirmed it, there are rumors that a third season is already in the works. There is also talk that Season 3 will feature DC Comic’s Bruce Gordon, the world’s leading scientist for Solar Energy.

Stargirl was one of the few bright lights in 2020. Combining superhero action with a storyline full of heart, it’s clear why the show left fans wanting more. While everyone is eager to know how things turn out for their favorite new superhero, fans who became enamored with the first season are confident that the second will be well worth the wait.